The historical story of the Lincoln Hills resort is truly remarkable. It combines the very best American ideals of vision, equity, justice and community. What began as the hallmark of American entrepreneurship, the ability to see and to seize economic opportunity, quickly became something much larger – a pristine, joy-filled cultural oasis, a stone’s throw from an environment often times consumed by unease, unrest and palpable injustice.

The historical Lincoln Hills resort area extended over (100) acres in total and over (600) lots were sold in the 1920s and 1930s. Most lots were small, only 25ft by 100ft and sold for $50 – $100 apiece. Typically, they had cabins erected on them or were used as campsites. Owners were dispersed throughout the United States but its core ownership group, by far, was found within the African-American community of Denver, Colorado.

The Lincoln Hills resort area saw several distinctive periods of growth and use. The first began in 1925 when Obrey Wendell “Winks” Hamlet and his wife Naomi Hamlet began their construction of Winks Lodge, also known as Winks Panorama, which would become the first full service resort in the growing area. Completed in 1928, Winks Lodge consisted of three-stories and (6) bedrooms. Over time additional facilities were added to include, Winks Tavern, a honeymoon cabin, the orange cabin, tin house and a three-plex cabin.

Today Winks Lodge in Colorado is one of the most significant buildings in the United States in both terms of historical and cultural value for African Americans who have made use of this facility since its founding in 1922. Winks Lodge has become widely recognized as a symbol of hope and determination in the African American community.

As it was one of only a small handful of resort hotels that catered to African-Americans, Winks Lodge drew many of America’s most noted African-American creative luminaries including Count Basie, Duke Ellington, Lena Horne and Billy Eckstine who would visit Winks Lodge before/after their performances in the Five Points jazz venues within Denver. Extending beyond music, Winks and Naomi Hamlet would host readings, similar to the literary salons of the Harlem Renaissance, which featured such national treasures as Langston Hughes, Zora Neale Thurston and Countee Cullen.

Obrey “Winks” Hamlet’s second wife, Melba was a noted cook and guests traveled far and wide to sample the “best barbeque offered outside of Kansas City”. When one couples this level of cultural interaction with the stunning natural beauty, fresh air and a level of societal freedom rarely found, at this time, it is no surprise that Winks Lodge was added to the National Register of Historic Places in 1980.

Lincoln Hills saw another exciting period of its development beginning in 1927 with the establishment of a YMCA girl’s camp, “Camp Nizhoni”, whose name was derived from the Navajo word for “beautiful”. Camp Nizhoni was established by the Phillis Wheatley branch of the YMCA. Due to segregation, African-American women and girls were prohibited from attending the YMCA girl’s camp at Lookout Mountain in Colorado. Thanks to the generosity and vision of the Lincoln Hills Development Corporation, the YMCA was able to permanently establish Camp Nizhoni at Lincoln Hills. As many as (50) girls attended the camp each summer hiking, swimming and learning about biology, astronomy and outdoor skills. Camp Nizhoni provided a vital, nurturing and ultimately, uplifting experience to hundreds of African-American women and girls over the, approximately, 20 years that it was in existence. The integration of the YMCA’s Camp Lookout in 1945 closed the formal chapter on the history of Camp Nizhoni but its impact remains to this day.

The Lincoln Hills resort and Winks Lodge community continued to enjoy a strong existence and role in the lives of many African-American families throughout the Great Depression, post-World War II and up until the mid-1960s, when the death of Obrey “Winks” Hamlet and the successful passage of the Civil Rights Act of 1964 served as harbingers that the time for change had arrived yet again. As time has moved forward, and African-Americans have gained unfettered access to the most stunning resorts in the United States and beyond, it is fair to say that none, regardless of how many “stars” they possess, offers the “soul” that Lincoln Hills provided to so many for so long. Lincoln Hills, an oasis in the Rocky Mountains, high above the moral desert was the place where vision, pride and community came together and molded the hearts and minds of generations.

The railroad has also been significant to both the past and present history of Lincoln Hills. The Moffat Tunnel is a railroad and water tunnel that cuts through the Continental Divide in north-central Colorado. Appropriately named after Colorado railroad pioneer David Moffat, the tunnel’s first railroad traffic passed through in the early spring of 1928. Today the railroad still passes Lincoln Hills on a daily basis, connecting the different ends of the divide.

Mining has also been a prominent and important part of Lincoln Hills. Beginning in 1888 a company known as Deadwood Diggings conducted placer mining on the property, commencing work in 1895. Mining then remained idle for several years until 1901 when hydraulic mining by use of Manchester Lakes took place until 1922. Then from 1938-1947 Lincoln Hills was dredged and primarily mined for gold.

Where the Lincoln Hills club house stands today used to mark the presence of the ice house and the adjacent lake for ice skating. The ice house stood from 1942 to 1947 and employed twelve people until the invention of the refrigerator. The house made and stored ice by burying the ice in straw in order to keep it frozen throughout the summer months. The ice was then transported to Denver at an establishment known as The Ice House which still operates today.

Support the development of the next generation of young leaders through outdoor education and recreation, cultural history exploration and workforce advancement. 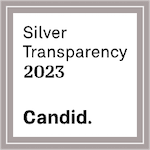