At the core of Lincoln Hills Cares is the Historic Winks Lodge. Winks Lodge first began in 1925 when Obrey Wendell “Winks” Hamlet and his wife Naomi Hamlet began their construction of Winks Lodge. Also knows as Winks Panorama it would become the first full service resort in the growing area.

As it was one of only a small handful of resort hotels that catered to African-Americans, Winks Lodge drew many of America’s most noted African-American creative luminaries including Count Basie, Duke Ellington, Lena Horne and Billy Eckstine who would visit Winks Lodge before/after their performances in the Five Points jazz venues within Denver.

Today Winks Lodge is one of the most significant buildings in the United States in both terms of historical and cultural value for African Americans, who have made use of this facility since its founding. Winks Lodge has become widely recognized as a symbol of hope and determination in the African American community.

It is our hope to not only restore and preserve Winks Lodge, but also provide educational tours of the property so that the history of Winks Lodge will remain alive and well in the Colorado landscape as a living museum.

Support the development of the next generation of young leaders through outdoor education and recreation, cultural history exploration and workforce advancement. 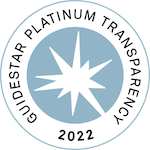